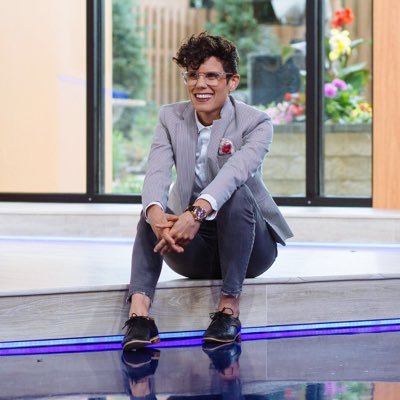 I came across a story today that just infuriated me!

Once again, we have a story with women tearing one another down.

Apparently, news anchor Jana Shortal had the audacity to wear skinny jeans (not just jeans, but skinny jeans) during her broadcast.

The story she was telling is a sad one.  The remains of an eleven-year-old boy who had been missing 30 years had been found.  My heart goes out to the family of the boy!  They will definitely be in my thoughts.

However, despite focusing on the story, apparently another female journalist (or “columnist” as she prefers), who just goes by “C.J.,” was distracted by Shortal’s choice of wardrobe.  Based on the article she wrote (which has since been taken down) and her tweets, she seems to feel that Shortal’s jeans would actually add to the grief of the boy’s family.

So her wearing a skirt would’ve helped ease the pain of grieving for a murdered boy?

While I didn’t actually see the broadcast, I personally don’t think I would’ve noticed what type of pants she was wearing!

Well, that’s not my point.  Shortal responded to that well enough on Facebook.

Here’s what bothers me most about this:

Women tearing women down does nothing to help any of us.

Again, C.J.’s article has been taken down, but I believe her tweets, which are derisive and infantile, are still up.

Her need to mock Shortal only perpetuates the stereotypes applied to women.  Women are all too often called “catty” and are told they’re too emotional to handle the stresses of the workplace.

So why is it, then, that women feel the need to tear one another down further?

I understand and encourage healthy competition.  If you’re both up for the same job, sure, you want to appear better than your competitors (though that should involve smearing the other person).

Especially in “male dominated” fields, would it not make more sense to support one another?  If we can’t even get along with one another, why would any man want to work with us?

Did questioning Shortal’s wardrobe choices improve your career or life in any way?

Do we really need to drag each other into the mud too?