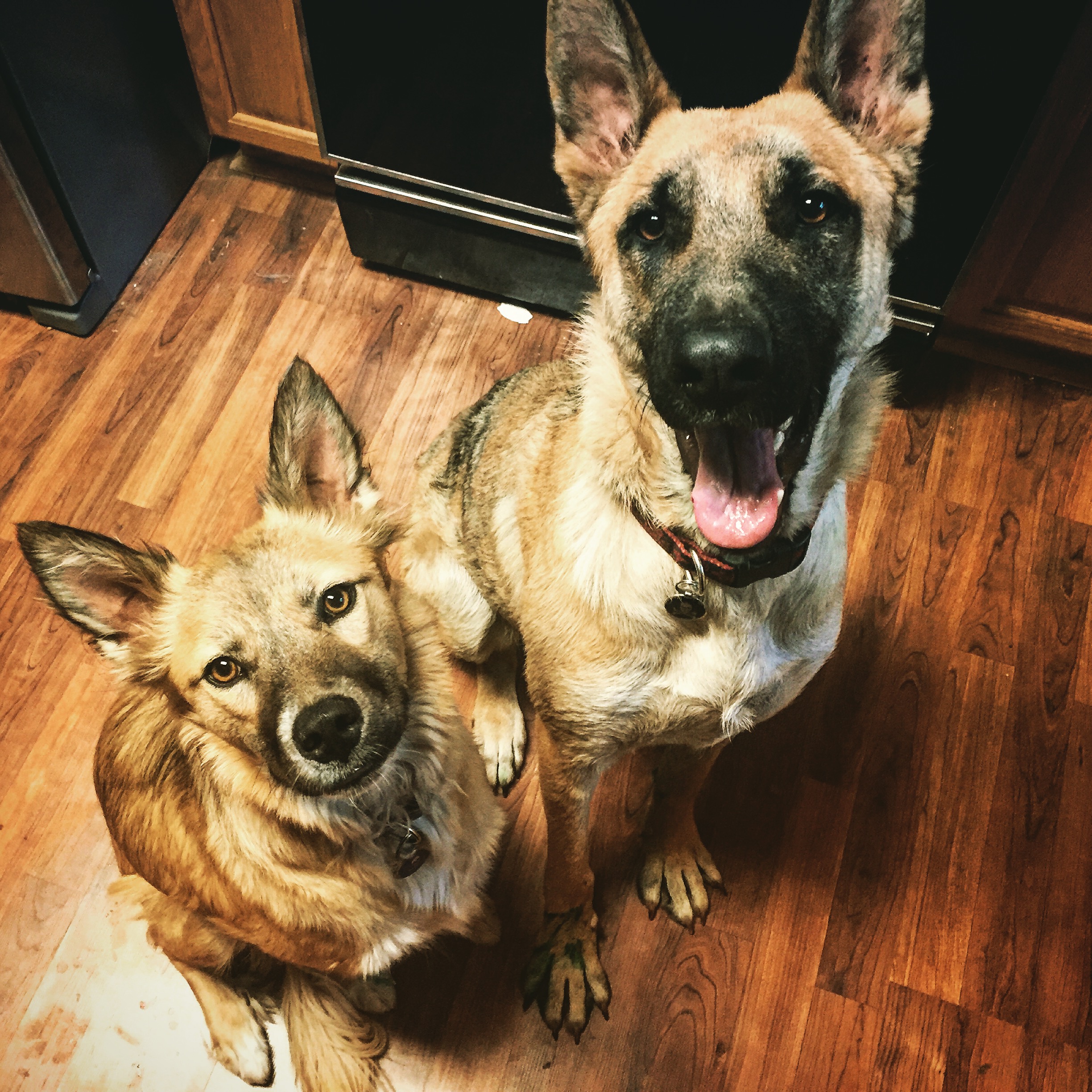 Well, it’s been a couple months now since I first got Bowie and the boy is really thriving!

He only weighed about 58 pounds when I got him and now he’s up to almost 70 pounds.  My vet said he should be between 70 and 75 pounds, so we’re getting there.

All the mange is gone!

You can hardly tell where his bald spots used to be.

He’s definitely a mama’s boy.  He doesn’t like to be far from me and hates it when I leave him alone.  He’s happiest when he’s right up against me.

He and Iggy are starting to really love each other, though they still get into the occasional scuffle.  I think Iggy just wants to make sure he remembers that she’s the boss.

And they certainly don’t mind getting into trouble together.

Bowie is tall enough that he doesn’t even have to put his feet up on the counters to get stuff down, though he certainly doesn’t mind doing that when he has to.

In the picture above, you can see green on their paws.

Bowie was kind enough to get the food coloring down for both of them to play with.  I can’t turn my back on him for even 5 seconds.

Aside from the food coloring and his tendency to eat walls (:(), Bowie is doing wonderful!  He’s grown into a very handsome man.